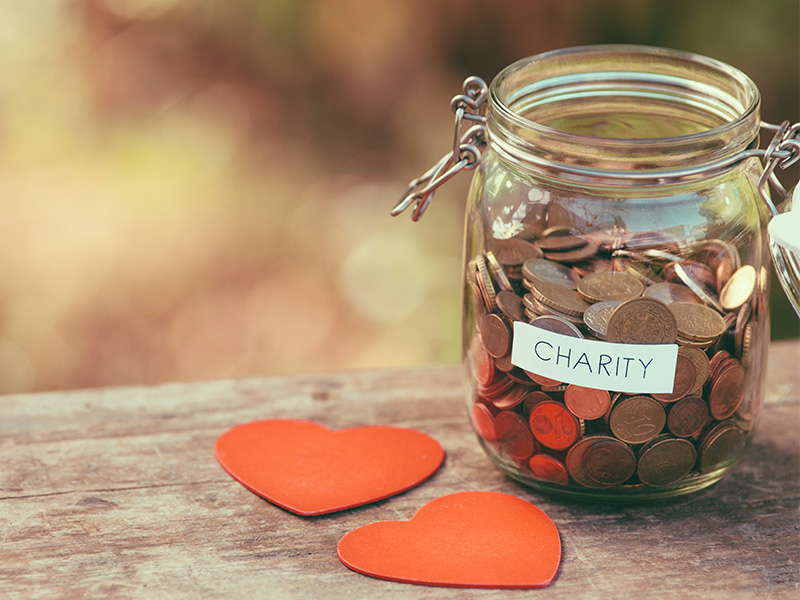 A few months ago, we were honoured to be appointed by the Leicester Hospitals Charity to launch their appeal for a new dedicated, state of the art hospital here in our city. The funds raised from this exciting project, Leicester Children’s Hospital Appeal, will help to build a specialist children’s hospital at the Leicester Royal Infirmary and the appeal launch marks the start of a four-year fundraiser.

Now, with the appeal in full swing, we wanted to give you our take on how to kick start a charity campaign.

1. What should you be trying to achieve?

It’s good to get this confirmed among all parties at the very beginning because it allows your activity to ladder back to the overall objective(s). For the Leicester Hospitals Charity, our clearly-defined role as their marketing agency was to create and establish the official Leicester Children’s Hospital Appeal among the residents of Leicester and Leicestershire.

To start this charity campaign, we needed to create a brand identity, tone of voice and content that could be used across offline and online channels.

2. How should you go about this?

Having a kick-off or planning session to brainstorm and bounce ideas off each other is a great place to start, this should involve charity staff members as well as the agency team. It’s also a good time to confirm finer details such as budgets, timings and assets available as these can help your activation later on.

By carrying out these exercises, the favourite campaign route will soon become a clear winner and you can get going. We did exactly this for Leicester Hospitals Charity and came up with a plan of action to create a brand identity and campaign assets to address our audience across key channels.

3. How do you create a brand identity?

If your appeal is already established, it’s a good idea to stick with the existing look and feel than to start a new campaign, simply because this charity identity is likely to be known among your target audience therefore easier for people to engage with.

We took a similar approach with the Leicester Hospitals Charity by maximising their existing fun and child-friendly, ‘space-themed’ creative across the printed materials and digital assets used for this particular appeal. We were also able to establish the official project name, Leicester Children’s Hospital Appeal and campaign strapline ‘do them proud’.

4. What materials or assets do you need?

Working with a non-profit organisation means that there is no scope for a bit of extra budget and every penny really does count. However the content needs to create an impact and meet the overall campaign objective so it’s about finding that balance.

For the Leicester Children’s Hospital Appeal, we teamed up with a local videographer and filmed in the current children’s wards at the Leicester Royal Infirmary with a number of families for whom the new dedicated children’s hospital was already close to their heart. This authentic content was edited to create a brand film which sat on the website, bitesize social media edits for Facebook posts along with photographic stills for printed leaflets.

5. Who should you aim your campaign at?

This may differ by region, age or perhaps certain demographics but it is important to identify your audiences early on. That way, you can ensure that your content resonates with them. To start this charity appeal, we wanted to target residents of Leicester and Leicestershire, but we did a little more to create personas for our different audience groups because when it comes to asking for donations, people have different mindsets.

Following a workshop with the director and fundraising team from the Leicester Hospitals Charity, we were able to identify four core audiences which included supporters, small givers, eventers and advocates. This enabled us to adjust our messaging to approach each audience, which was particularly important for digital marketing.

6. Which channels should you use?

To start a campaign for a charity, consider cost-effective channels with a high reach among your target audience and the quality of interaction you are likely to achieve. It’s worth thinking about the long term too, so while it might seem appealing to set up multiple social media platforms for example, will these be sustainable and effective after the initial launch?

For the Leicester Children’s Hospital Appeal, we opted for Facebook due to the sophisticated targeted options available through paid advertising and for the community feel that this channel still holds, as these both met a longer-term objective of having a continuous platform for our original content and user-generated content.

Furthermore, Facebook allows for donations to be made within the platform so this is a great tool to leverage if you’re starting a charity campaign on social media. We also created a branded microsite which housed further information about the appeal, allowing for content to be updated as the project continues. This microsite also has donation forms for those not wishing to donate via social media.

For offline channels, we opted for leaflets which were distributed among the hospital and other Leicester city locations with high footfall. These leaflets communicated the key messages about the appeal and provided information on how people can get involved by becoming a supporter or making a donation. We also printed some fun window stickers which went down a storm on social media! Finally, we carried out a bit of good old fashioned PR to start the charity campaign. Contacting your local newspapers, radio, lifestyle magazines and even influencers can help to spread the news. Drafting a press release with strong photography can help to secure awareness among your target audience but if you do need to target different media or regional locations, be sure to create tailored versions of your content so it is relevant to the journalist.

7. What results should you expect?

This is probably a talking point in the earlier planning stages where you may or may not set KPIs in the form of donations made, supporters signed up, traffic to the website or social media engagement.

Although the Leicester Children’s Hospital Appeal is still an on-going charity campaign, we’re proud to say that after four months, we have achieved xx clicks to the donation page, xx reach, xx impressions and xx video views (to be updated prior to going live)

A specialist in communications having worked in PR and creative agencies for over 5 years, Georgia knows what it takes to be a great senior account manager and deliver effective campaigns. Having worked across both the public and private sector in consumer and B2B markets, Georgia offers a range of expertise delivering strategic, creative and measurable communications.